True or false: Sir Winston Leonard Spencer Churchill wrote a horror story. Most people know that Churchill, former prime minister of the United Kingdom, won the Pulitzer Prize for The Second World War. He has a long list of publications from 1896 to 1961 but few know that in 1899, The Harmsworth Magazine published his short story Man Overboard.

I call it a horror story because even though there is no supernatural power going on, it is a grueling emotional account where fear and despair play leading roles as does the will to survive. Suspenseful and chilling, you will not forget this tale of terror. Churchill was a painter and he paints this story vividly with his words. This is a story about dying. And the grim ghostly approach.

We are on a steamer ship in the Red Sea. There is music and gayety among the passengers. A man falls overboard. A loud splash … but no one hears. 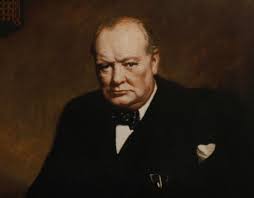 Read Churchill’s  Man Overboard, PDF of The Harmsworth Magazine (a brief 1087 words) with illustrations by Henry Austin at SkullsInTheStars on WordPress.com: 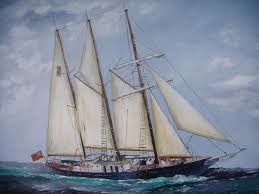 6 responses to “A Half-Choked Scream”