Who is Readers’ Favorite?

They proudly review for industry icons and celebrities like…

… as well as countless independent authors and small publishers.

“Pianist and composer Alexei Georg is on a devoted quest to compose his next symphony of the beluga whales of White Sea in Russia. Struggling for emancipation in his career after much bad press, the murders in Boston don’t bother Alexei as much as the menacing appearance of a creature in the audience, in the aisle, and on the stage when a certain old Russian sonata is played. The dark entity clings tightly to Alexei’s soul. Can Alexei escape this dark force or forever becomes its prisoner?

There are some stories that you just can’t help but let them remain for some time in your mind. Paula Cappa’s Greylock is one of those stories, where music becomes its driving force. Occasionally there are scenes that are psychologically spine chilling to read. Cappa somehow reminds us that bad things happen to good people, bad people, and everyone in between. Her elaborate and skillful plotting is one of the strengths of the book. Whenever you think you know what is going on, something else appears to derail your expectations, and that holds good right up to and including the end.

In credit to Cappa’s beautiful prose, the story contains enough raw emotion to draw readers in. The characters are alive and vivid descriptions of the scenes make this haunting story easily imagined. In a story combining the elements of mystery, horror and the supernatural, no doubt fans of these genres can clearly enjoy this particular hallmark of Cappa’s work. Greylock will certainly not disappoint.” 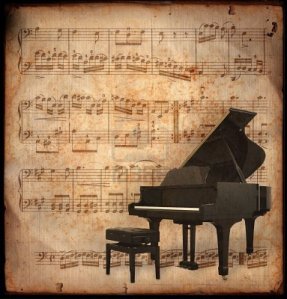 Greylock is now featured on The Big Thrill.