“Thought is dynamic and can accomplish material results.”

“All perception is the result of vibrations; and clairvoyance simply means becoming sensitive to an increased scale of vibrations.”

If you as a reader are at all fascinated by the psychic byways of life, Dr. John Silence is the guy for you. He was one of the first psychic detectives in fiction, a doctor of psychical research who works pro-bono. How convenient, right? Case 1, A Psychical Invasion is a murky supernatural tale. We are in Algernon Blackwood style here where time and space blur and evil entities prevail.

When an author of humor, Felix Pender, loses his ability to laugh, when his laughter turns evil and menacing, Dr. Silence is on the scene. Is the house of the author haunted by a former tenant? Or is the author a victim of psychical invasion?  Animal clairvoyance plays nicely in this suspense where human thought is a dynamic that can exist in our world for 100 years. 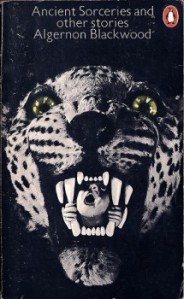 Algernon Blackwood, born in England, was a reporter for the New York Times in 1895 and is best known for his novella The Willows (1907). Here Blackwood is quoted in Peter Penzoldt’s The Supernatural in Fiction (1952): 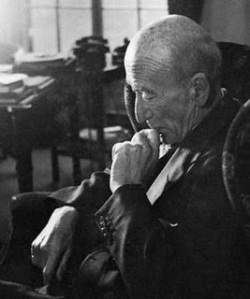 “My fundamental interest, I suppose, is signs and proofs of other powers that lie hidden in us all; the extension, in other words, of human faculty. So many of my stories, therefore, deal with extension of consciousness; speculative and imaginative treatment of possibilities outside our normal range of consciousness. … Also, all that happens in our universe is natural; under Law; but an extension of our so limited normal consciousness can reveal new, extra-ordinary powers etc., and the word “supernatural” seems the best word for treating these in fiction. I believe it possible for our consciousness to change and grow, and that with this change we may become aware of a new universe.”  Algernon Blackwood

Listen to the Librivox Recording at Librivox.org.

Also audio is available on YouTube.com

Melville in Love, The Secret Life of Melville and the Muse of Moby-Dick

Did you know that Herman Melville, author of Moby-Dick (the finest sea-faring novel ever written), climbed Mt. Greylock? In 1851 Melville climbed Mt. Greylock on the trail called Bellows Pipe. This ‘excursion to Greylock’ was by wagon and horses, and on foot. What is most amazing is that he made the climb with his secret lover Mrs. Sarah Moorewood. Sarah was a “wild beauty” who rode a colt named Black Quake. She had a salacious reputation that would make men tremble in her presence.  And Herman Melville fell into her lusty charms.

The excursion to Greylock included a party of ten—family (no spouses) and friends—complete with brandy cherries, champagne, rum, port wine and gallons of enthusiasm. Before sunset they reached the hazy blue, white, and green mountaintop, viewed the watery atmosphere, “the air cool and pungent with the smell of balsam.” After dining by firelight, and under the stars, Herman and Sarah found themselves a private escape and made love for the first time on Greylock’s summit. A night that was “too merry for sleep” as Sarah wrote in her essay some time later.

“They did what would have come naturally to two people in love, taking advantage of the late hour and the darkness to enjoy a passionate bond that had been growing for more than a year.”

I’ve been reading a thrilling biography of Herman Melville, Melville in Love, The Secret Life of Melville and the Muse of Moby-Dick by Michael Sheldon. Of course the scandal in the story is that both Melville and Moorewood were wed to others at the time. Sheldon writes of Melville’s muse, the woman and the mountain. Melville grew obsessed with Sarah, a dark and mysterious beauty just as Ahab grew obsessed with his ghostly white whale. The pursuit, the chase, the desires drove his creativity and his sexuality in a parallel race. This book is a stunning narrative prose that reads like a novel. Impossible to put down, Melville in Love deserves a place on your book shelf right next to Moby-Dick.

In writing my own mystery Greylock, which takes place on Mt. Greylock and also deals with whales, I studied about Melville (and other creative artists like Hawthorne and Thoreau who climbed Mt. Greylock) and his years at “Arrowhead,” his farm at the foot of Mt. Greylock, where he wrote Moby-Dick in Pittsfield, Massachusetts. He could view Mt. Greylock from his desk by the window, viewing the great slopes in the northern sky every day, writing and writing and writing his masterpiece. But none of the biographies I read pointed to an illicit affair by the author with the sexy and flirtatious Sarah Moorewood who lived nearby in Pittsfield. She was his neighbor, for heaven’s sake.

During the 1850s, Moby-Dick was a commercial disappointment, negative reviews, selling only 3000 copies and earning him just $500. But Melville was truly inspired as he put pen to paper. Melville’s deep and passionate love of Sarah Moorehead with her grace and beauty and intelligence became his muse to write his epic sea drama of the obsessed and mad Ahab in pursuit of his wicked whale. In fact, after Moby-Dick was completed, Melville wrote a scathing love story, Pierre, which reflected his love affair with Sarah.  However, that one proved to be a failure as well.

Biographer Michael Sheldon brings the reader through Melville’s private adventures with rich descriptions; quite fast-paced, this biography is vivid with the emotional life and mindset of Melville. You won’t be disappointed or bored. Not a single page gets tedious.

If you are looking for a delicious summer read where history, literature, and nature are provocative elements, Melville in Love is a mesmerizing portrait of two lovers in a heart-breaking story.

“A scandalous surprise… Shelden carefully and convincingly presents his evidence regarding Morewood’s influence and how she inspired Melville to a greatness recognized by few of his peers… This well-paced, enjoyable read is a must for Melville fans.” — Library Journal

“Riveting in its incandescent sense of discovery, intimacy, and velocity, Shelden’s bound-to-be-controversial anatomy of a clandestine love transforms our perception of Melville and introduces “one of the great unsung figures in literary history.” — Booklist, Starred Review 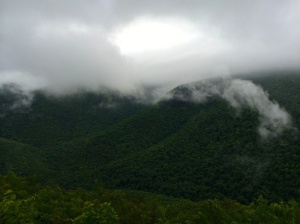 Michael Sheldon is author of 6 biographies,

including the Pulitzer Prize finalist Orwell: The Authorized Biography. 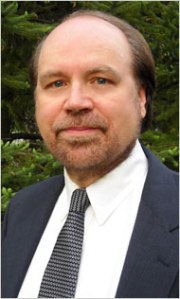 Have you met Violet? A thirteen year old who weighs just 90 pounds and is desperate for love and attention. Aren’t all teens? But Violet is especially vulnerable. In the neighborhood where she lives, children are disappearing. Gobbled up by God-knows-who would do such a thing. This frightens Violet’s mom who warns her to be extra careful but leaves her home alone with mac ‘n cheese in the fridge one too many times. One day, when walking home from school, Violet takes a ride from a friend’s dad and he brings her home to meet Big Momma.

Remember the story of Hansel and Gretel? I won’t say another word.

Joyce Carole Oates, a literary powerhouse of an American writer, 5-time finalist for the Pulitzer Prize for Fiction, nominated for the Nobel Prize, National Book Award and Pen/Malamud Award winner, and too many more to list here has written over 100 books and over 30 collections of short stories. Few modern authors have her prolific and acclaimed reputation.

Oates believes that “Reading is the sole means by which we slip, involuntarily, often helplessly, into another’s skin, another’s voice, another’s soul.”  Yeah, her stories go very deep and into inner worlds that leave a reader haunted.

Big Momma, part of The Doll-Master collection, is a story of evil, a subject that Oates writes about frequently. What does she really think of evil? “Evil is not always repellent but frequently attractive; that it has the power to make of us not simply victims, as nature and accident do, but active accomplices.” 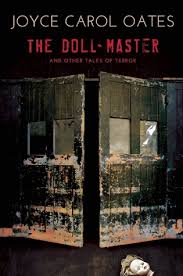 Read the short story at CelestialTimepiece.com.

Other titles by Oates … 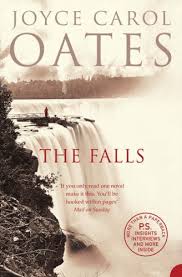 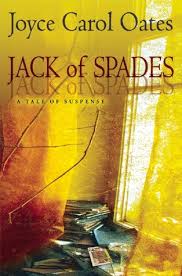 Don’t forget to view the INDEX above of more free Tales of Terror. This is a compendium of over 170 short stories by over 100 master storytellers of mystery,  supernatural, horror, and ghost stories. Join me in reading one short story every other week!

Madness in the Garden

Some think there’s a fabled connection between genius and madness. Van Gogh and Virginia Woolf come to mind. Poe too. Aristotle said that “no great mind has ever existed without a touch of madness.”  Anton Chekhov wrote The Black Monk in 1893 while living in the village of Melikhove. “I wrote ‘The Black Monk’ without any melancholy, in cold reflection,” he reported in a letter to his publisher. Chekhov said he had dreamed of a ”monk who floats over the field and when I woke up I wrote about him.” 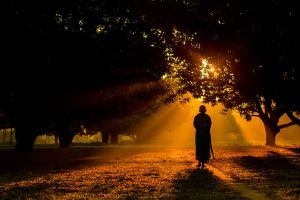 This short story is about a young man named Andrei Vasilich Kovrin. A story full of realism, mystery, supernaturalism, sanity, madness. Kovrin is on the verge of a breakdown when his doctor advises him to live in the Russian country for restoration. He visits his childhood friend Tanya on her father’s estate. Long autumn walks in the garden, star gazing and conversation: Kovrin begins to relax and becomes enchanted with Tanya and his surroundings. One day, beyond the treasured garden, across a wide field, he sees the Black Monk. He becomes haunted by this odd creature who makes regular visits and chats with him. Their meetings are actually pleasant experiences, probably “a hallucination,” Kovrin decides about this Black Monk, born of legend. But nature has its way and plays a compelling role in this tale of the unexpected. Gothic. Fantastic. Romantic. And just a little bit slippery.

“What’s the harm in a hallucination?” 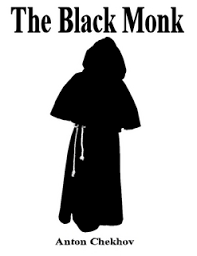 Listen to the audio on You Tube.

Anton Chekhov is recognized as a master of the short story form, known for his lyrical and atmospheric qualities. His plays are still performed worldwide. More about Anton Chekhov at “How to Write Like Chekhov,” book review and commentary.

If you are a Chekhovian reader and love historical fiction, you might like The Summer Guest by Alison Anderson. Released May this year from HarperCollins, this enchanting story of Anton Chekhov’s summers at the Luka estate on Sumy where he meets a young blind woman and establishes an endearing friendship is a beautiful read. 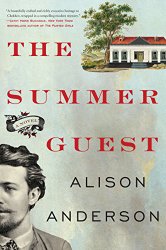 Don’t forget to view the INDEX above of more free Tales of Terror. This is a compendium of over 170 short stories by over 100 master storytellers of mystery,  supernatural, horror, and ghost stories. Join me in reading one short story every other week! Comments are welcome.