Author of the Week, Michael Chabon, May 24 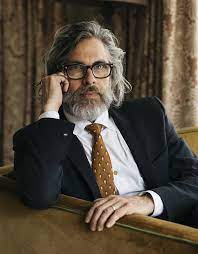 “When I finish a first draft, it’s always just as much of a mess as it’s always been. I still make the same mistakes every time.”

“You need three things to become a successful novelist: talent, luck and discipline. Discipline is the one element of those three things that you can control, and so that is the one that you have to focus on controlling, and you just have to hope and trust in the other two.”

at the age of twenty-five.  He wrote the bestselling and Pulitzer Prize-winning  Moonglow, The Amazing Adventures of Kavalier & Clay, and Wonder Boys (1995; film 2000). And two collections of short stories, and one other work of non-fiction.

“Wonder Boys caught me up and carried me along like some kind of flying carpet. . . . Michael Chabon keeps us wide awake and reading.”—Alan Cheuse, All Things Considered, NPR 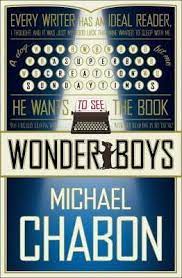 Browse the Index of Authors’ Tales above to find over 200 free short stories by over 100 famous authors.

Once a month I feature a FREE short story by contemporary and classic authors. 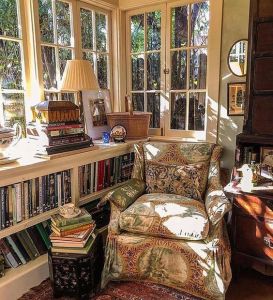 AUTHOR OF THE WEEK   March 8

“I’m only interested in stories that are about the crushing of the human heart.”

“Never say anything that doesn’t improve on silence.”

“If my work has a theme, I suspect it is a simple one: that most human beings are inescapably alone, and therein lies their tragedy.”

Richard Yates  (1926 – 1992) was an American novelist and short story writer.  Yates ruthlessly examines the hopes and disappointments of ordinary people with empathy and humor. He is most famous for his novel Revolutionary Road, a nomination for the National Book Award in 1961. He is also revered as a short story author in his first collection Eleven Kinds of Loneliness, The Collected Stories, and Liars in Love.  Kurt Vonnegut said that Eleven Kinds of Loneliness was ‘the best short-story collection ever written by an American’.  He has been praised by such authors as Michael Chabon, Robert Stone, and Richard Russo, and universally acclaimed in reviews across the country. Macmillian Publishers.

We here at Reading Fiction Blog love short stories. We are discovering and rediscovering authors of short fiction. There is a beauty in finishing a story over a lunch time or reading an entire story in one evening. To say short stories are a great break from novel reading is one thing, but honestly the best thing about shorts stories is that they can motivate you back into daily reading of fiction! 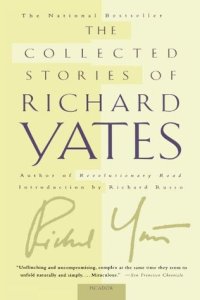 In this novel,  Young Hearts Crying, sad and funny, Richard Yates  shows his talents about the American Dream and its casualties.

REVIEW: “Soft-spoken in his prose and terrifyingly accurate in his dialogue, Yates renders his characters with such authenticity that you hardly realize what he’s done.” —The Boston Globe.

The Making of Revolutionary Road (9 minutes)

Please join me in my reading nook and discover an author every week at Reading Fiction Blog! Browse the Index of Authors’ Tales above to find over 200 free short stories by over 100 famous authors.

Once a month I feature a FREE short story by 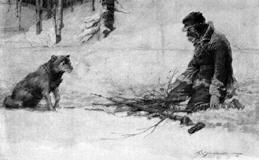 Winter. A red-bearded, tobacco-chewing man is hiking the Klondike not far from the Bering Sea.

“Day had broken cold and gray, exceedingly cold and gray, when the man turned aside from the main Yukon trail and climbed the high earth-bank, where a dim and little-travelled trail led eastward through the fat spruce timberland.”

Ice jams and unbroken snow as far as the eye can see. Fifty degrees below zero. Harsh winds. One man, two bacon biscuits, and his dog. They travel alone through a hostile environment, headed to the camp where the man knows he’ll find warmth, food, and safety. But he makes a simple mistake, one that reconnects him to his animal instincts.

We tend to think of horror as supernatural powers against human powers, but in this tale, it’s the brutal power of nature who is the antagonist. Nobody does wilderness stories better than Jack London. This is one of those old stories that has fallen off the radar over the years. In To Build a Fire, London’s vivid imagery, mood, atmosphere, and sounds take the reader into a tale where there is “no sun or hint of sun.” Maybe the world truly is heartless and indifferent? Maybe we are truly alone when facing our hardships? 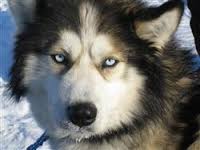 “A certain fear of death, dull and oppressive, came to him. This fear quickly became poignant as he realized that it was no longer a mere matter of freezing his fingers and toes, or of losing his hands and feet, but that it was a matter of life and death with the chances against him.”

When was the last time you were paralyzed by a fearful cold in your life?

Read the short story at JackLondons.net

Watch the film, directed by David Cobham and narrated by Orson Wells. I really enjoyed this film. Beautifully done! https://www.youtube.com/watch?v=RBB06RLmCcU